Energy storage for the entire district

The first neighborhood battery in the Netherlands, set up in Rijsenhout

Problem definition at the beginning of 2016: The houses are equipped with solar panels but are all connected to a single-phase network and the cable is quite thin. The voltage on the grid in this area has increased to such an extent that the PV inverters were switched off.

Searching for a solution: Energy cooperative Tegenstroom has started a project together with 35 participating households. The project was co-financed by the grid operator Liander. She wanted to take up the challenge and ordered a 140 kWh battery from ATEPS that can keep the voltage in the area at a low enough voltage for the PV converters to continue supplying energy.

The battery acts as a buffer between the network and its users. Residents of Rijsenhout can temporarily store their generated solar energy in the battery and use it at a later time. If more power is needed than the battery has in stock, it still uses the network. And vice versa, the network also collects the supplied energy if the battery is too full.

Liander will test for 1 year whether the neighborhood battery is able to relieve the local electricity grid at peak times of supply and demand. We call this congestion management.

Storage in the neighborhood is the future for energy, neighborhoods want to be able to arrange their own energy supplies. More and more rental companies, healthcare institutions and homeowners have solar panels on their roofs. But what do you do with the precious power that you can no longer supply back to the grid? We are happy to offer a solution 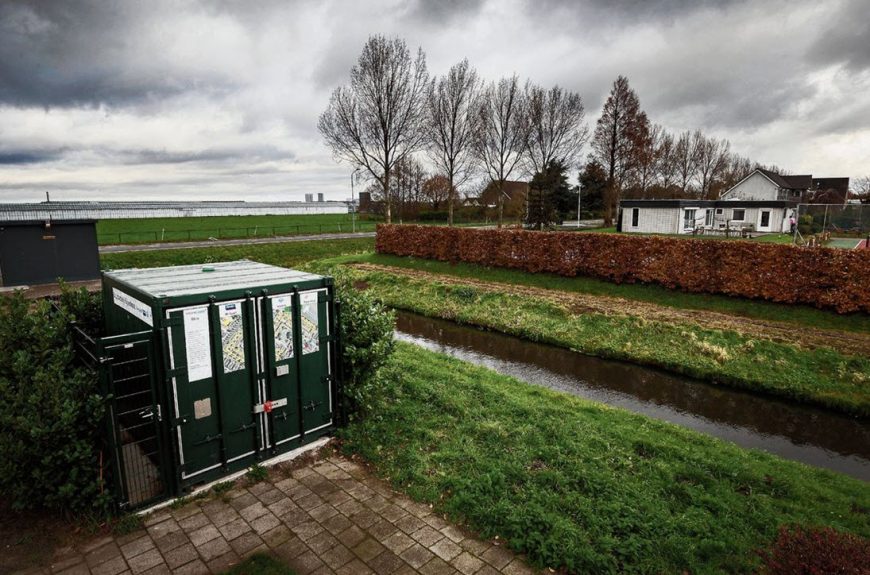