Arie Pieter and Peter van den Hoek from Heinenoord were looking for new innovations for their company with 200 hectares of arable farming. In 2009 they started installing 66 solar panels on one of their warehouses and became energy neutral. Not long after, they installed 88 solar panels in a potato storage facility at their second location. The construction of a new potato storage facility in 2012 once again offered opportunities.

There is an interesting tax measure for storage systems in the form of EIA (Energy Investment Allowance).

By adding an energy storage system, they can now trade energy in the EPEX/imbalance markets and support frequency stabilization. 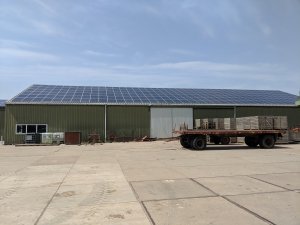